Mirfield in Bloom is not just flowers.  We involve the community in our activities and aim to educate as well as interest people.  We have been given the honour of representing Yorkshire in the RHS Britain in Bloom competition and intend to demonstrate our knowledge of biodiversity and community cohesion.  A soil experiment will allow this, as we have the facilities next to our polytunnel.  We will conduct this with the support of a retired professional horticulturalist.  Those taking part will own the activity.

Aug 22 – Tim and I had the honour of being invited to the Queens Award for Voluntary Service ceremony, coinciding with the judging of Britain in Bloom. We took the opportunity to view the five thriving tubs of floors and top soil – at present is Mirfield in Bloom’s own compost

Jun 22 – Mirfield in Bloom have been given the honour of representing Yorkshire in the RHS Britain in Bloom competition and intend to demonstrate their knowledge of biodiversity and community cohesion. Subsequent to the award, we have been informed that the group have received the Queen’s Award for Voluntary Service. Tim and I visited the Christine and Ruth at the start of the testing, although the original plan had changed somewhat. Five tubs of various growing media were planted up by the local Beavers. Each tub will be watered in a similar fashion to determine which soil medium produces the best results.  – Ed 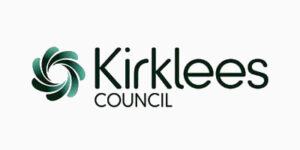